ESG. The tale of the tortoise, the hare….. and the lemur 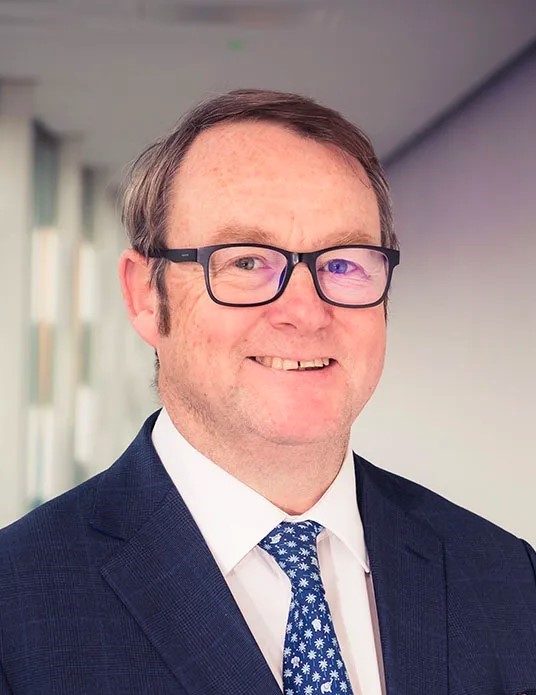 In that famous fable, it is the tortoise who wins the day at the expense of the faster but more impatient hare. Having observed the ongoing debate on the validity of Environmental and Social Governance (ESG) in business over the last two years, it seems we are in a similar race.

In a recent round of media briefings, Sir Rupert Soames, CEO of business services group Serco made the case for a more considered approach to ESG-led investing and procurement. He argued that a rampant demand for more stringent environmental and social standards could result in ‘unintended consequences’, with publicly-quoted businesses being ‘forced’ to go private as his and other businesses are ‘shunned’ by City investment managers.

With the greatest respect to Sir Rupert, I rather fear he’s missing the point. The emergence of ESG as a social and increasingly investor-led movement, is not being driven by a desire to legislate and regulate businesses into a commercial straight-jacket. Myriad commercial, societal and environmental factors are increasing its prominence and voice in Boardrooms with every business grappling with its own specific set of these challenges.

Put simply, ESG is not about regulation but about a new way of doing business. A new approach that is sustainable in every sense of the word. Most importantly, from a business’ perspective, it is about ensuring companies remain sustainable as a commercial proposition. In time it will just become how everyone does business and far less campaign-based. I believe that when so much is at stake, it is dangerous and lazy to try to position ESG as bureaucratic red tape, dreamt up by mandarins in, Westminster, Brussels or Washington DC.

Sadly, Sir Rupert is not alone. There are many other commentators, perhaps most notably the ex-BlackRock, born-again naysayer Tariq Fancy, who believe ESG has no place in the grown-up world of investing.  ESG is being positioned as some kind of latter-day snake oil, designed to offer a false-reading of the investability of a particular company.  Some of this rhetoric is sound. Alas some is not.  At its heart is the view that ESG does not constitute a business fundamental – in the same way that growth, balance-sheet strength and leadership do. It’s all just a bit of green, lefty-nonsense with no place in the financial markets.

I wouldn’t argue for one minute that strong ESG credentials alone make for a great company or investment– although some might (see below). It is but one, increasingly important, factor as to how a company is judged and valued by its key stakeholders – customers, employees, shareholders and the communities where it operates. Understanding how these constituencies judge a business and how their attitudes are changing is THE critical determinant into whether a company can keep selling and hiring into the future. In other words, whether it is sustainable or not.

Activist investors are taking a keen interest in this area as well – what happened at oil companies should be a wake-up call that the tide is turning. Careful social listening, stakeholder research, professional analysis and financial modelling for impact on market cap are now essential tools Echo’s clients are asking for, to help ensure that they are not stranded when the tide goes out.

These studies shine a light on ESG credibility gaps as well as helping shape the pace and priorities for specific stakeholder engagement or environmental and social change programmes.

Many would like to see immediate steps to fundamentally change businesses delivered immediately. The climate and broader global eco-system crisis should trump all other priorities. Supply chains need root-and-branch reform with long-established trading relationships cancelled without delay for the sake of workers in supposed ‘developing-world’ regimes. Companies facing environmental challenges hard-baked into their business models are being vilified for not acting soon enough to reduce their negative impact on the world. You can’t argue with the principles that support these arguments, but to many working in business the timing and level of expectation are seen as herculean if not undeliverable.

The role of activism is important in initiating change, and it is of course a cornerstone of democratic societies. In a somewhat bizarre juxtaposition, I took my family to see a play at the National Theatre (Small Island, which was superb) during the summer of 2019. This coincided with Extinction Rebellion’s occupation of Waterloo Bridge. As we sipped our pre-performance drinks on the terrace outside the theatre, we had a grandstand view of the protest. It felt a little uncomfortable to be indulging in the joys of a night at the theatre when just 100 metres away, hundreds of people were making a very public statement about the environmental peril we are all facing. The most striking thing was that many of those occupying the bridge looked and dressed pretty much the same as those of us enjoying our drinks. This was no anarchical insurrection, but a well-coordinated wake-up call delivered by everyday people from across our community. Alongside the broadcasting of David Attenborough’s Blue Planet series, I regard that first Extinction Rebellion as a watershed moment – certainly in the UK. I am sure I am not alone.

As broader sections of society became increasingly alarmed to the ticking clock of impending climate disaster, short-term focused governments began to hasten through programmes and finally commit to longer-term meaningful carbon reduction targets. Momentum was beginning to build. But for the agitators and activists, fast is never fast enough.

Some see the whole ESG movement as a move by the ‘establishment’ to obfuscate and shilly-shally around the issues of climate change, habitat loss, water pollution, waste, social injustice, slavery, lack of inclusion…. An excuse to duck the issue and get back to the greedy capitalist goal of making money at the expense of everything else, while simply paying lip-service with some smartly worded and timed greenwashing.

Taking things to an extreme, the UK’s City AM website reported recently that companies that break the law could face more public lawsuits.  According to a recent poll* over 70 per cent of the public said they would consider joining a class action – many even against their own employer.

‘Companies found to have acted illegally risk significant damage to their reputation and the loss of staff as a third of Brits said they would write to their Member of Parliament or raise the issue publicly on social media while 62 per cent said they would even consider quitting their jobs at, or never working for, the company’, City AM reported.

Finance, energy and healthcare were among the industries in the firing line.

The lesson here is that activism could lead to ‘unintentional consequences’ as members of the public get behind causes personal to them and firmly set within the perimeters of ESG. The current exposure of the UK water industry’s alleged malpractice in dumping untreated sewage into rivers and the sea is just the type of cause that could gain support for a broadly based class action.

Agitation, activism and even class action are likely to remain ever-present as part of our shift toward a sustainable, fairer (and cleaner) future. While sometimes it can seem to go too far for those unprepared for the pace of change, businesses cannot simply ignore it as the actions of cranks and hysterics.

The way forward lies somewhere in the middle of all of this. A third competitor in that famous race if you like. Let’s choose a lemur. Beautiful, diverse creatures which face very challenging futures.

Enlightened businesses are looking at ESG as an enabling catalyst for positive change. They may be being encouraged to do so by their Board members, with Non-Exec Directors leading the charge, but they are taking the current ESG zeitgeist as more than simply….er… zeitgeist, to lift the hood and examine their business from every perspective possible – manufacturing, supply chains, procurement, employment standards and working practices, relationships with their local communities – an examination of what they stand for and what they want to stand for.  This process is not altruistic or simply ‘green-wash’. It is being led from the top for sound commercial reasons using the principles of good environmental and social governance as the foundation for this self-analysis.

Working recently with the Board of a UK PLC manufacturing business showed me how a company can use ESG positively as a change agent. Well-established, successful and with a strong international market in high-end consumer goods, this company nonetheless faced some growing ESG challenges. These included high energy consumption at its manufacturing sites, significant outbound logistics and a complex global in-bound supply chain taking it into many less regulated markets for the supply of extracted raw materials including timber. On paper, they were a perfect candidate for some light-touch corporate and social responsibility Bla Bla.  ‘Just make us look good in the Annual Report and bung some more funds in the charity fund’……..

But no.  This business took the opportunity and challenge from their Board to thoroughly examine every aspect of its operations through the lens of ESG.  It helped that the culture within the workforce is superb: highly collaborative, engaged, ambitious and progressive despite owning brands that at in some cases are nearly 300 years old and ambitious. Their CEO saw ESG as an opportunity not a burden or a regulatory requirement.

By better understanding the commercial implications of not doing anything differently the CEO was able to back decisions that required some fundamental changes to long-established working practices. But graft creates opportunity and will ultimately make their business far more sustainable. And here’s the important bit…. more competitive too. By setting their sights on a more sustainable organisation, this particular lemur is quietly and systematically setting a course that will potentially win more market share, drive through manufacturing efficiencies, embrace innovation, engage with the supply chain to improve working practices and conditions, provide more jobs and here’s the thing…. drive real, sustainable value and shareholder turns.

I think that is a race worth being at the heart of.

*Portland Communications’ study asked members of the public about their perceptions of class actions in the UK and found that most people were willing to take legal action against companies, with 73 per cent adding that they would boycott a company for breaking the law if it also affected them. Even if it didn’t affect them, more than half said they would still take part in a boycott.